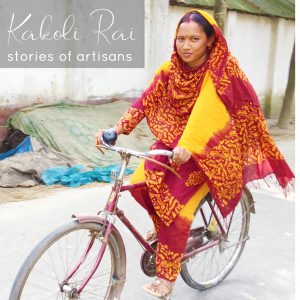 Hathay Bunano started working in Dinajpur district from northern region in 2008 aiming to create employment opportunity for rural vulnerable women where almost 350 artisans are working.   There is little other work available and they are badly affected by climate change and so there is a lot of migration to the capital city, Dhaka, from […] 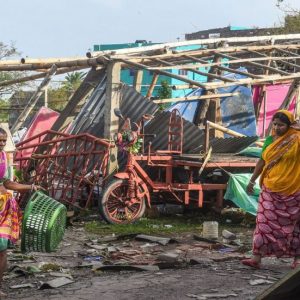 You may have seen on the news that Cyclone Bulbul hit the southern regions of Bangladesh this weekend.   We have many production centres around Shatkira in the south and we understand that everyone we work with is ok and has evacuated to the cyclone shelters.  As many as 2 million people have been evacuated for […] 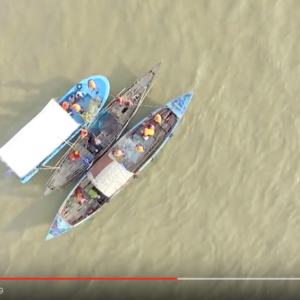 The coastal areas of Bangladesh are one of the areas that we work in with the fishing communities.  Making Pebble toys can be done anywhere.   That’s part of the beauty of it.   Remote locations are not a problem for us and we can successfully teach anyone who wants to learn, to knit or […] 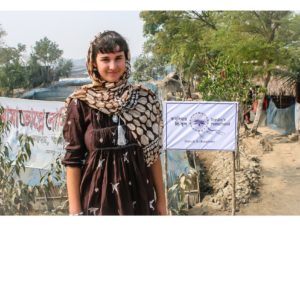 We love setting up a new preschool.    It connects our vision of creating dignified work today with the vision of tomorrow through the children of the artisans.  Pebble and Hathay Bunano are one big family.   A fabulous collaboration which needs all of us in order to maximise everyone’s potential.   That’s what I […] 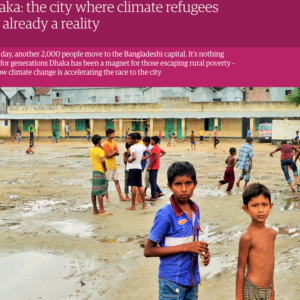 Climate change is a very real risk in Bangladesh and its affecting thousands of people right now.   It’s not something that might happen in the future.   It’s happening right now and people are relocating because of it.   In a country where people already have a difficult life and only their incredible resilience […] 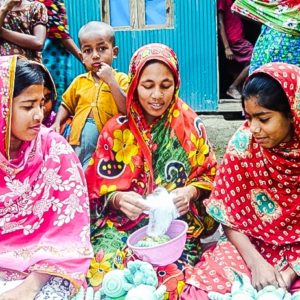 Shopna’s story from a fishing village

Shopna’s story begins in her village called Kauartec which is in Manpura upozilla of Bhola district in the area of Barisal.   Her story is a familiar one in that area where most of the women are married to fishermen who catch the Hilsha fish.  The Hilsa fish is the national fish of Bangladesh.   Shopna has two sons […] 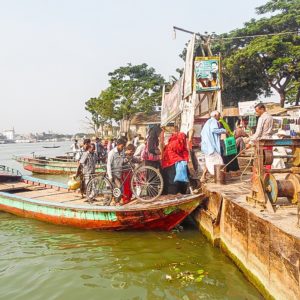 Barisal is located in the southern part of Bangladesh.   This area is known as the land of rivers, canals and ponds because everywhere you look it appears there is water.   As such fishing is the main source of income for people in this area.    Barisal is also known as home of the […] 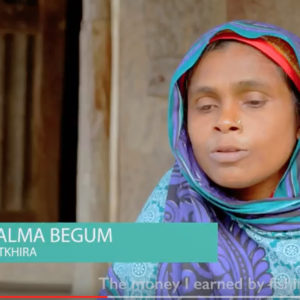 Everyone knows that Pebble is about bringing much needed employment to women in remote and rural locations.  It’s about ensuring that work fits in with the rhythm of their daily lives and provides income for them to support their families.  There are also often other benefits to the work that Pebble and Hathay Bunano do.   […] 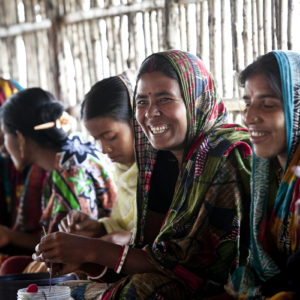 The Sundarbans is a place of natural biodiversity where thousands of birds and wild animals live. It is the world’s largest mangrove forest. Different types of unknown green trees were found in Sundarbans. Not only Bengali but also foreigners come here to see all the natural beauty every year. Kholpetua is the near the River […] 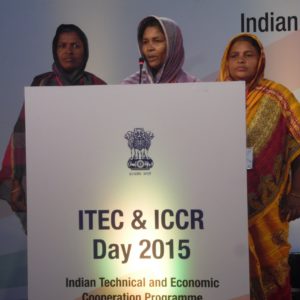 ITEC is the Indian Technical and Economic Cooperation Programme of the Indian Government.  It is under this programme that ladies from the HBPS rural production centres are able to apply to go to Barefoot College in India for 6 months training to become solar engineers.   It’s a great opportunity for them but also for […] 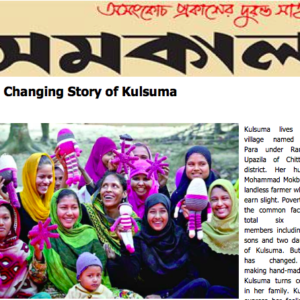 We were delighted to see the case study of Kulsuma in the Daily Samakal this week.  The Daily Samakal is a national Bangla daily newspaper with a large circulation.    Since the original article is in Bangla we have provided a translation of it here  Somokal_12-20-2015_Life_Changing_Story_of_Kulshuma.   The link to the original in Bangla is here. […] 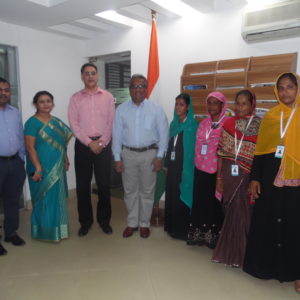 There are 4 ladies selected for Barefoot Solar engineering and rain water harvesting course for this year. They are Kohinur Begum (43), Razia Sultana (36), Sakhina Begum (43), Salaha Begum (36). These 4 ladies are from Khagrachari hill district where most of the people are highly deprived from govt facilities. Development is going very slow […] 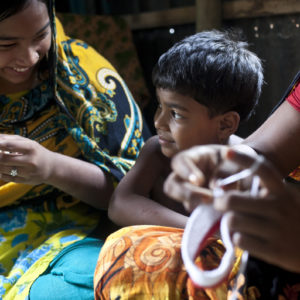 Bangladesh is well known for the rain and the floods.   Indeed it rains a lot and every year the land floods.   Occasionally there is a really bad flood and then it reaches the news and this is what most people know about Bangladesh.    But the land needs the floods and the crop […] 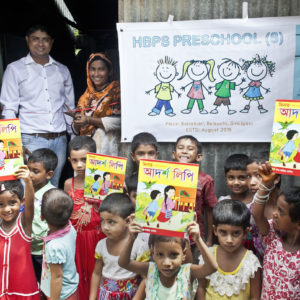 We were delighted this week to open a new preschool in Belkuchi, Sirajganj.   Sirajganj is a char area with lots of small islands in the river.   Life on the chars is particularly difficult because they are cut off from the mainland and there is little economic activity or opportunity on the chars.   […] 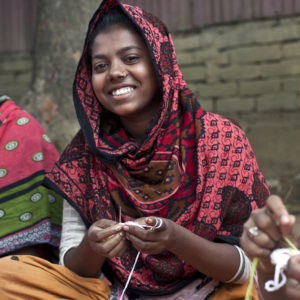 Fatema lives in Cox’s Bazar in a village called Borosora in Himsori.    Cox’s Bazar is in the far south of Bangladesh with the longest sandy beach in the world and surrounded by forest.    It’s distance from Dhaka and even Chittagong, the second city of Bangladesh, is such that there is little economic activity […] 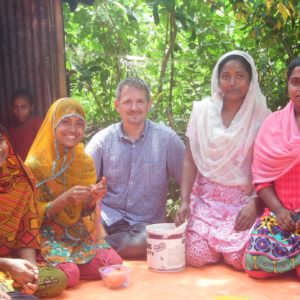 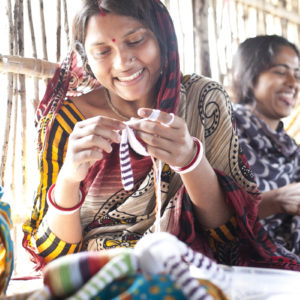 One of the very real development success stories in Bangladesh over the past 2 decades has been that of birth control.   My husband is Bangladeshi and was one of 5 children and this was very common back in the 1960s and 1970s when he was born.   But Bangladesh is a small country – […] 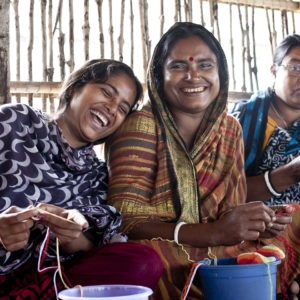 It’s a controversial subject today!   Never ask a woman her age – that’s the rule.   If anyone asks me, I always say I’m 25 and in fact I’ve been 25 for so long that if I really need my real age, for some official purpose, then I would have to calculate it.   […] 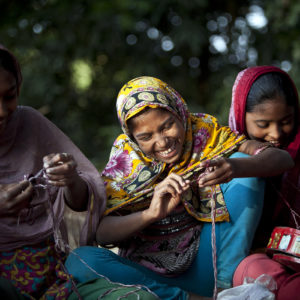 We recently set up a new centre at Himsori, Sukna Sora in Cox’s Bazar.    Whilst Cox’s Bazar is a tourist area, it is also a very poor area.     Naturally many people try to eek out a living from the forests in the area by chopping down the trees and selling the wood. […] 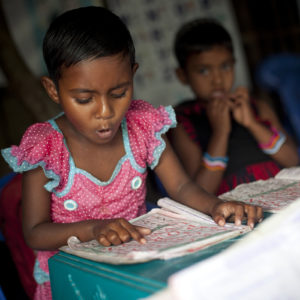 Back on 8th December 2014, I wrote a blog showing you the opening of a new preschool in the Sundarbans, funded by the customers of our UK distributor, Best Years Ltd.   Liz and Gaynor were visiting Bangladesh from the UK and took the opportunity to open the school themselves while visiting the Hathay Bunano […]