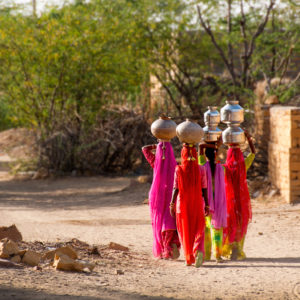 Madras colours – pink for everyone

Colours are very important to me.   I see in colour and I remember things and places by their colours.   It wouldn’t be far wrong to say that I’m a little obsessive about colour!    In Bangladesh when I visit villages and see the lush greens in every shade, I also see all the women […] 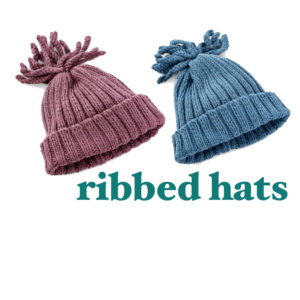 It was time for us to make new hats for this autumn.   We’ve been making a lot of brightly coloured hats and hats with faces and shapes in recent seasons.  I wanted to take this down a notch and make something much more organic and down-to-earth.   The Pebble tagline is ‘it’s simple…’ and […] 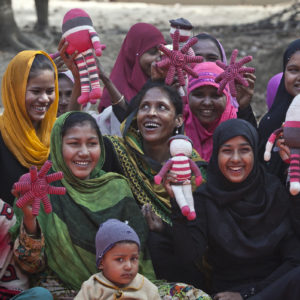 One of the most common questions I’m asked, is about how we train the artisans and whether they already have the skill and so many questions around this subject.    So I thought I’d show you some pictures of training going on at the moment and tell you about how we do it. Often we […] 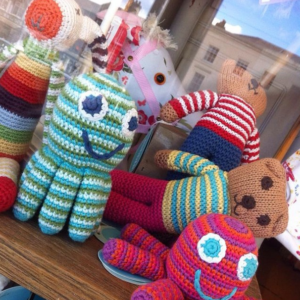 Over the past few weeks some of our wonderful customers and retailers have been posting such lovely pictures of our Flipps bears onto Instagram.  Its really great for us to see how you enjoy this little bear and so I thought it would be nice if I told you how he came to be. Image: […] 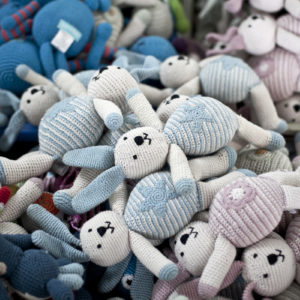 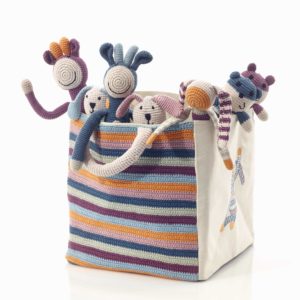 Before Christmas I blogged about our new partnership with the WTC in Jessore and promised you a new product based on this work.    The new Pebble toybox is now out and in the new catalogue and we hope that you love it as much as we do.    Two sides are wonderful traditional Bangladeshi […] 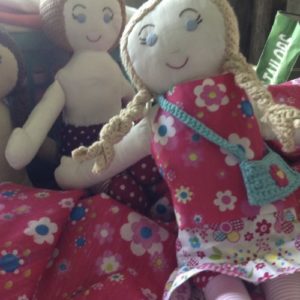 Rag dolls – a new addition to the Pebble range

We’ve been having a lot of fun in the sample room making a completely new product for Pebble – rag dolls. A selection of three rag dolls will be available from the June catalogue this year and we hope you will like them as much as we’ve been having fun making them. They are very […] 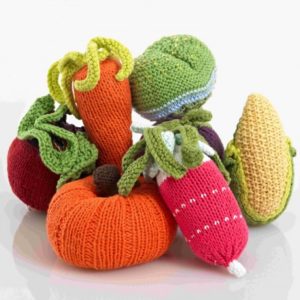 History of our vegetable rattles

We’ve been making knitted vegetables since Hathay Bunano began in 2004. The knitted carrot rattle was one of the very first toys that we made. At the time, a wonderful woman, Jo Hanley, was posted in Dhaka as an expatriate with her husband and she made most of the patterns for the early vegetables. My […] 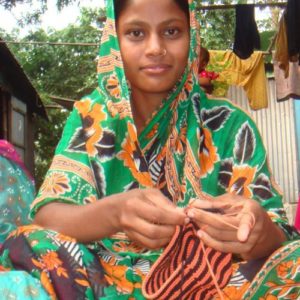 It’s been a busy year for the crochet tiger in the Pebble range. In the Autumn he was the featured icon at the Top Drawer A/W11 trade show and so we thought that you might like to see him being made. The tigers are made in centres in Khulna and Sirajganj by expert artisans. The […] 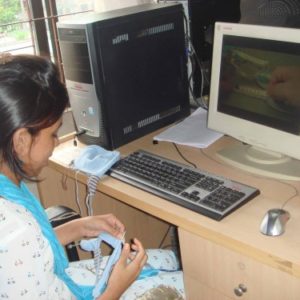 We’ve just introduced video as a way of training and learning new products and patterns and we’re very excited about it. In the picture Nasima is following the video that I made explaining how to make the new hat pattern that we are sampling. The samplers have all been following videos this week and their […] 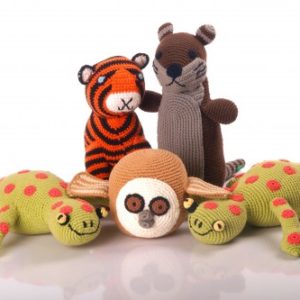 Toys to represent and celebrate Bangladesh

A crucial part of the handmade process at Pebble is making samples. This is the most skilled level that any artisan can achieve. It involves making a toy from nothing more than a picture or a line drawing with measurements scribbled on it. It involves understanding how 2d transforms into 3d, how a picture can […] 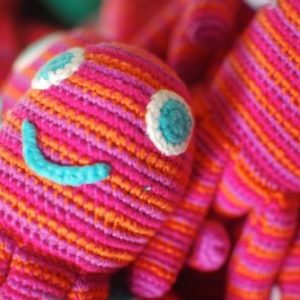 We make lots of octopus rattles in centres in Sirajganj. It’s about 4 hours drive from Dhaka towards the North West and sits on the Brahmaputra river. It’s a char area. Chars are water islands. Little islands in the middle of the river which are regularly eroded and disappear. People live on these islands and […]