The Sundarbans is a place of natural biodiversity where thousands of birds and wild animals live. It is the world’s largest mangrove forest. Different types of unknown green trees were found in Sundarbans. Not only Bengali but also foreigners come here to see all the natural beauty every year. Kholpetua is the near the River of Sundarbans which has direct connections with Sundarbans.

Image:  The Sundarbans is home to the decreasing population of Royal Bengal Tigers

A small village called Vamia Uttorpara is situated on the bank of Kholpetua River. In Vamia Uttorpara, 80% of total population is fully dependent on the Sundarbans and 20% are involved to collect post larvae  from the salted water to earn their livelihood. The people of Vamia believe that, there is no better earning sources except the Sundarbans and Kholpetua rivers. They also confessed that their excessive access to the Sundarbans is one of the reasons of many natural disasters like Sidr, Aila and Nargis. But they didn’t find any way to earn from other sources than the Sundarbans.  There are crocodiles under the river and tigers on the land and robbers in the forest – they did not know where to go for earning money. 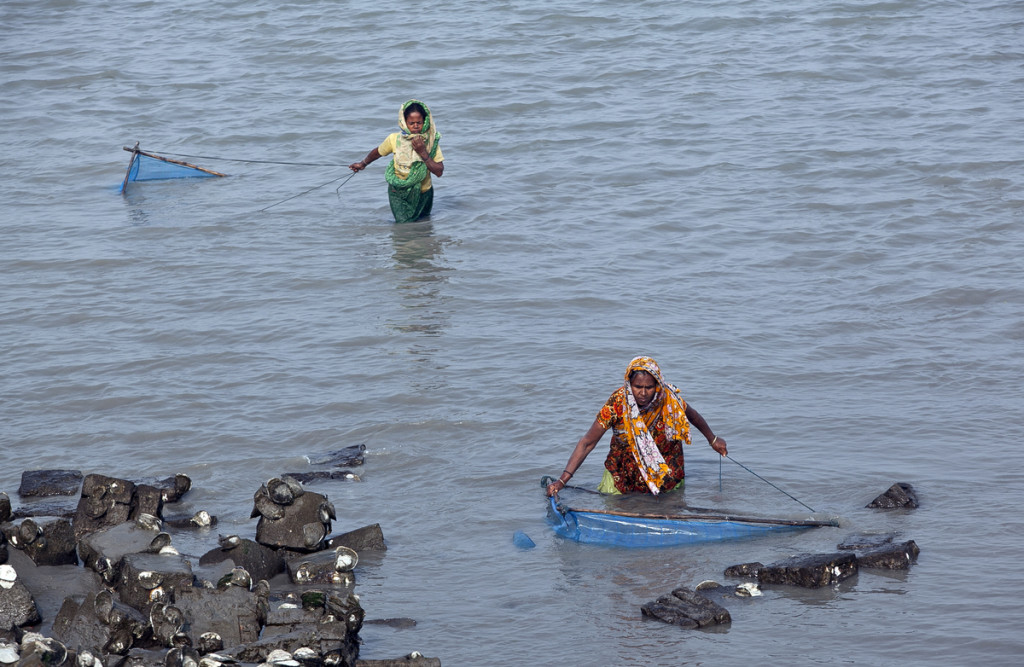 Image:   Earning a livelihood from the salted water

Many NGO’s comes to try to create sustainable employment for them and developed different programs to provide relief among the villagers. The people take relief from NGO’s and after the programme finishes they again move to forest – as such they become dependent on relief.  Then NGO’s realized that they should given technical training by which people could earn money to lead their life.

From that point CREL project funded by USAID finds a way to provide alternative livelihood program for the people of Vamia Uttorpara. CREL signed a MoU with the well known handicraft organization, Hathay Bunano Proshikhon Society to provide knitting and crochet training among the beneficiaries of CREL. Hathay Bunano Proshikhon Society (HBPS) is working with economically disadvantaged women of many different remote areas of Bangladesh for the last 10 years. HBPS always make transparent information’s to the women group and clearly share about the wage and piece rate payment system, they also let them know in which country their products will sell.

Vamia Uttorpara is far away from Dhaka and there are huge difficulties in transportation but as committed to help the disadvantaged society people, Hathay Bunano start to provide training to the 25 women of Vamia Uttorpara. 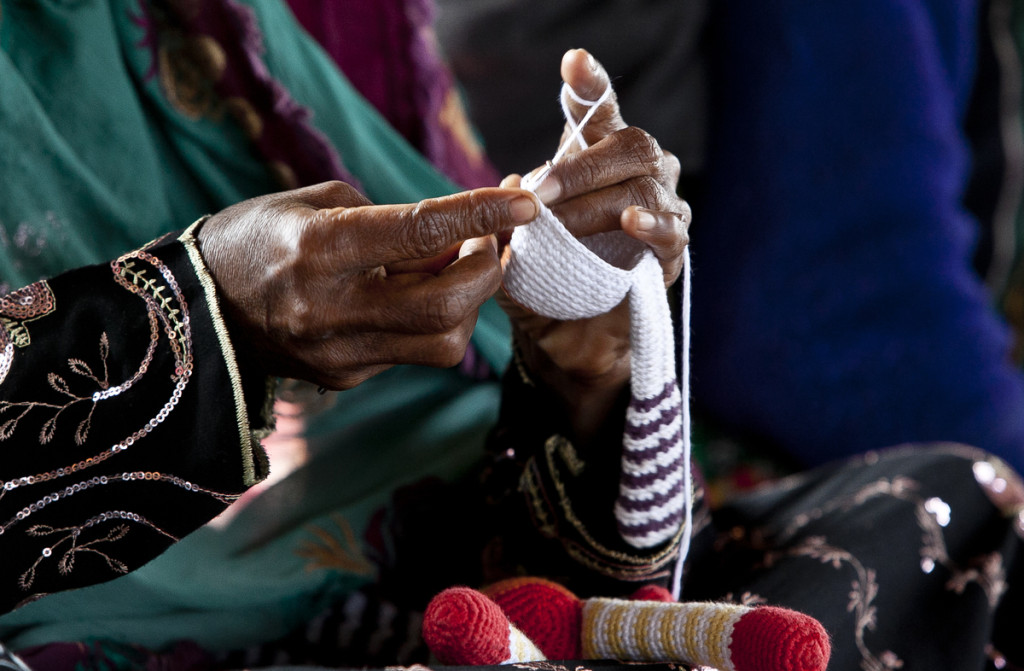 At the training closing ceremony the Executive Director of Hathay Bunano, Mr. Rayhan Kabir said, “Hathay Bunano never give relief to any one, instead of relief Hathay Bunano provide sustainable livelihoods and reduce poverty from the disadvantage group”. Hathay Bunano shows the way to the village women to help their husbands to maintain family expenses. When women start earning from Hathay Bunano by making toys, their income become double after some days. After two months training, the women of Vamia start their production and were very excited when they received their first income from Hathay Bunano. 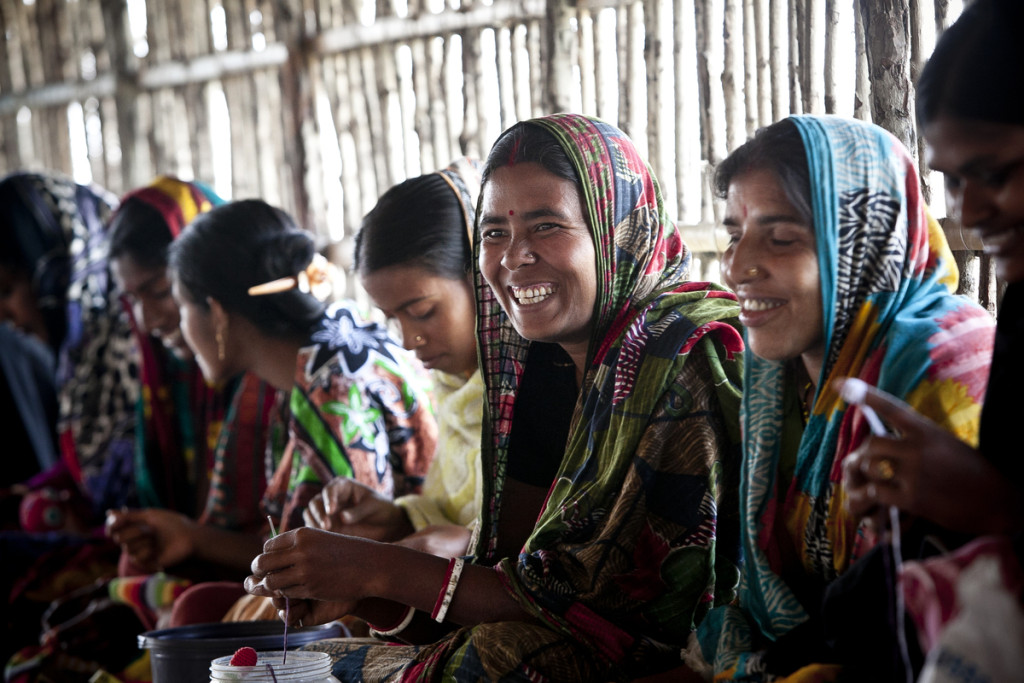 Image:   a new way of life for the women of Vamia Uttorpara

After four months the producer number has increased, there are no more bad rumours and the women started earning continuously. Those who protested Hathay Bunano and spread rumours before also start the training and want to work as the producer of Hathay Bunano. Haters become lovers of Hathay Bunano! The group starts with 25 women and now the number of total producer is 165! That is why at the end of every month the festive winds blow in every house of Vamia Uttorpara!