Barisal is located in the southern part of Bangladesh.   This area is known as the land of rivers, canals and ponds because everywhere you look it appears there is water.   As such fishing is the main source of income for people in this area.    Barisal is also known as home of the national fish of Bangladesh – the Hilsha.    It is the most wonderful of fish with a very delicate flavour and lots of tiny little bones so you are forced to eat it slowly and savour every mouthful.  I remember the first time I tried this wonderful fish and to this day, it is still my favourite.

Unfortunately the Hilsha have been in decline due to overfishing.  There are laws preventing the catching of Hilsha under a certain size.   However in areas where there is no alternative employment, it is almost inevitable that these laws are avoided.

Fishing is a precarious occupation in a country where many of the boats are poor quality and poorly maintained.  In these areas there are also a large number of fishing widows. 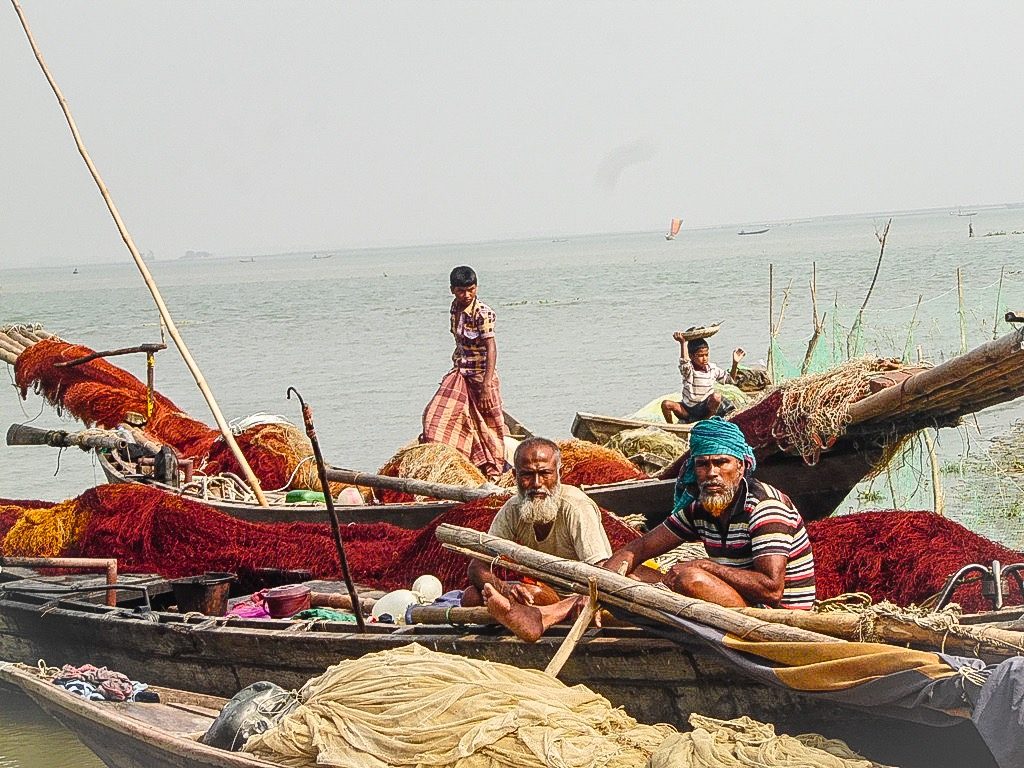 Image:  Fishing in Bangladesh is all too often in small boats and can be a precarious way of life.

To address these problems, USAID, the Government of Bangladesh and WorldFish have come together. Part of their work has been in developing a partnership with Hathay Bunano to create alternative livelihoods for the families dependent on fishing and for the fishing widows.   WorldFish initially identified communities in Chandramohan, Daulatkhan, Manpur, Mehendiganj and Kolapara.  We then started a process of dialogue with the communities to see if making Pebble toys for Hathay Bunano would be an interesting alternative livelihood for them.   There was a good deal of interest in all of these areas. 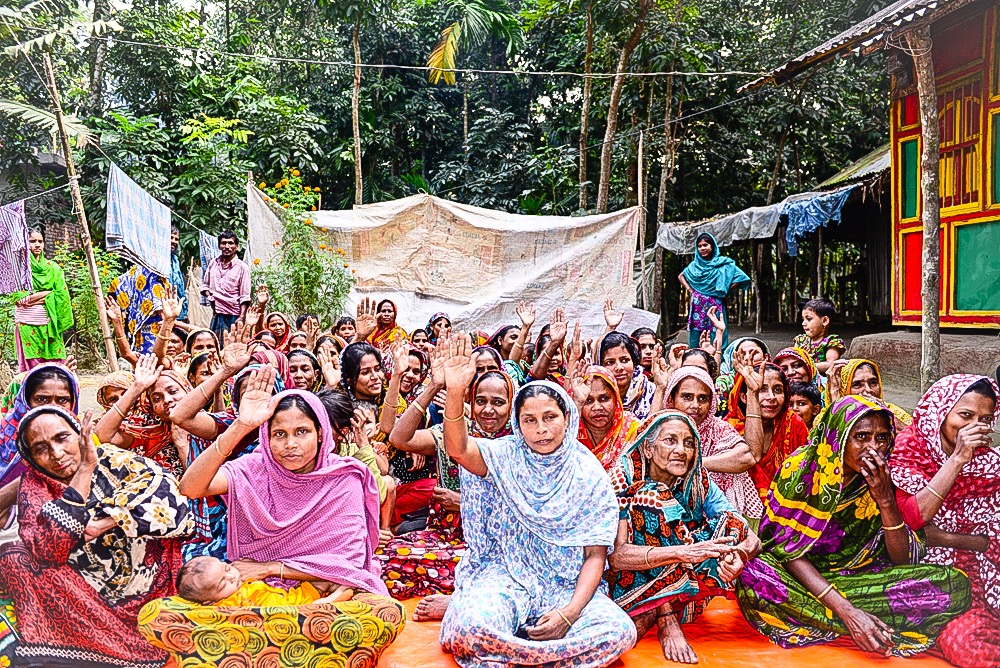 The initial remit was to train 500 women to make crochet Pebble toys.  There would be 100 from each of these areas.   The training is now complete and the women have moved on to production work.  They now have an alternative income from fishing to sustain their families when they are not allowed to catch the Hilsha.

Image:   at the village dialogue, checking the Pebble toys with interest

Connecting the fishing communities with markets

The women were very interested to see the Pebble toys and immediately felt that they would be able to learn how to make them.   Particularly they were interested that Pebble toys have demand from overseas and already have customers.    In the past some of the women had tried to be involved in local handicrafts but had found that there was little or no market for selling things.   As such they were happy to learn about international standards and quality control so that they could make toys which already had an established market and sales channels. 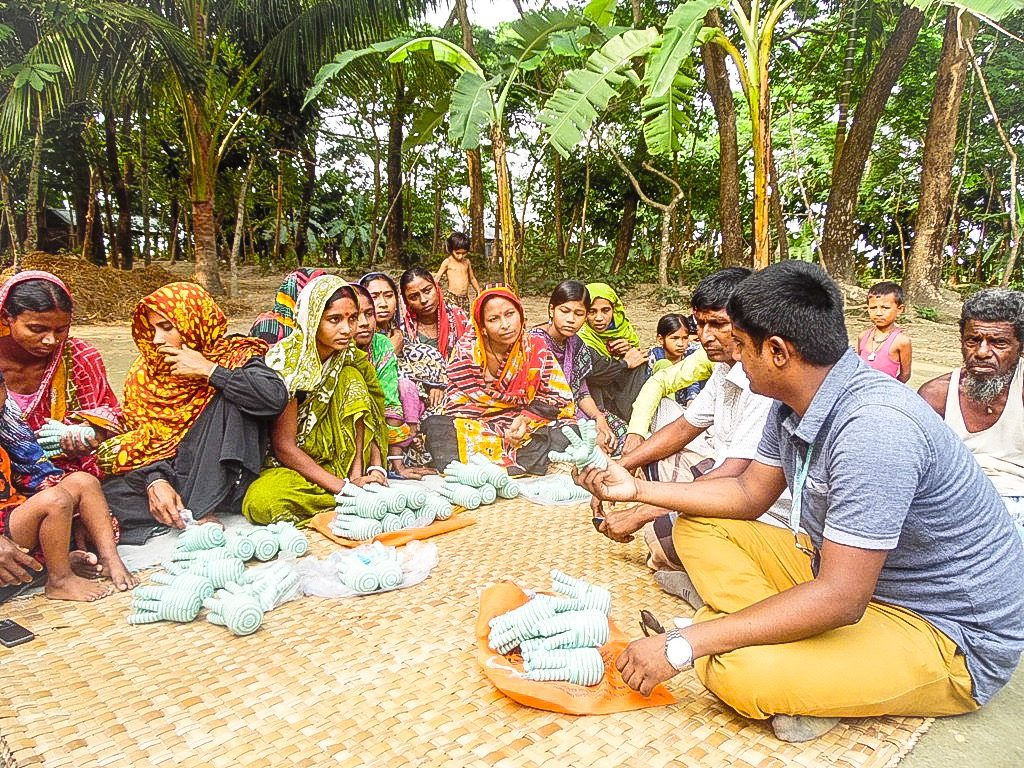 Image:   learning about international standards and quality control and consistency.

We are excited when partnerships with Hathay Bunano for making Pebble toys are able to bring an alternative livelihood to remote and rural communities.  We are particularly happy when these partnerships also have a conservation aspect.  We like to do our little part to contribute to sustainable fishing in Bangladesh.   I have written many times in blogs and papers over the years about the power of partnership.   There is so much that needs to be done in this world and none of us can do it alone.  But together we can all do something little and together that makes something big.   At Pebble we can partner with development agencies and connect trained artisans to international markets.   As consumers you can all buy fair trade where it’s available and actively expand those markets.  Together we can all support those communities.

Together we can make real change.