Back on 8th December 2014, I wrote a blog showing you the opening of a new preschool in the Sundarbans, funded by the customers of our UK distributor, Best Years Ltd.   Liz and Gaynor were visiting Bangladesh from the UK and took the opportunity to open the school themselves while visiting the Hathay Bunano centres in that area. 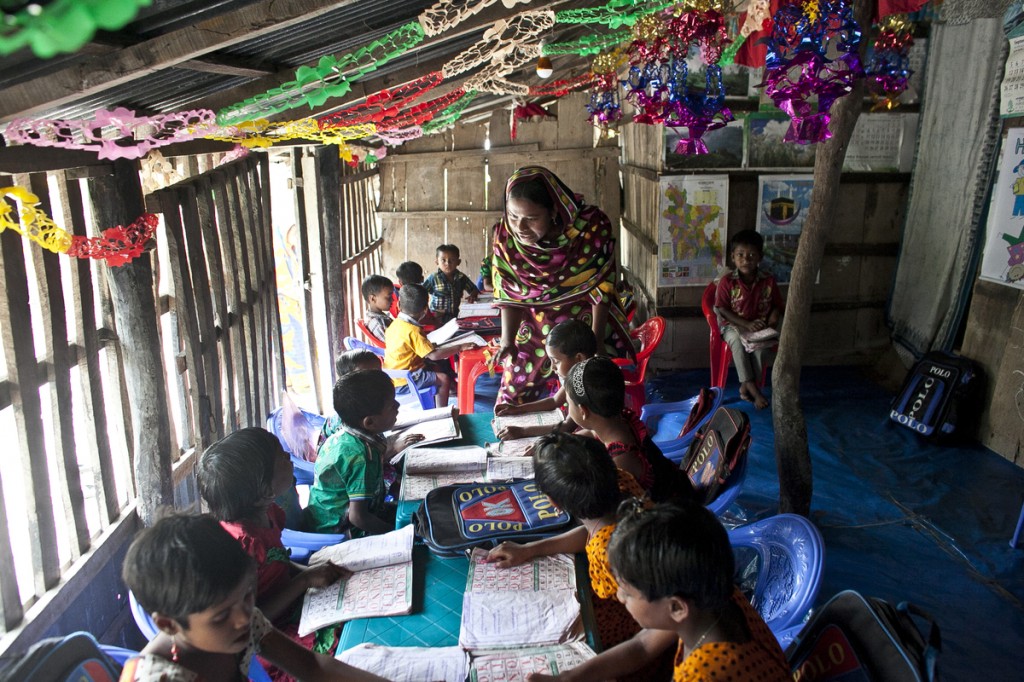 Two months since opening, the preschool is now really thriving.   The concept of a preschool was entirely new to the people of this area.   Traditionally in Bangladesh children do not go to school until they are 6 years and children who are younger tend to just run around the village unsupervised.   Whilst the thought that little ones can be completely free to run around is nice on the one hand, on the other hand, drowning is the single biggest killer of under 5s in Bangladesh.   It’s a statistic that surprises many.  Most people imagine that dysentery or diseases which cause dehydration, like Cholera or Typhoid, would be the biggest killers but they are not.   Bangladesh is a delta region and as well as 3 huge rivers running their way through it to the Bay of Bengal there are many thousands of smaller rivers and tributaries, as well as lakes and ponds where fish are cultivated.   When you drive around the countryside in Bangladesh in the dry season, it looks almost like the whole country is a river bed and of course, during the monsoon, much of it is flooded.

So creating preschools alongside our rural production centres is not just about educating children and giving them a good start and a better chance of getting into school at 6 years, it is also about keeping them safe while their mummies are working. 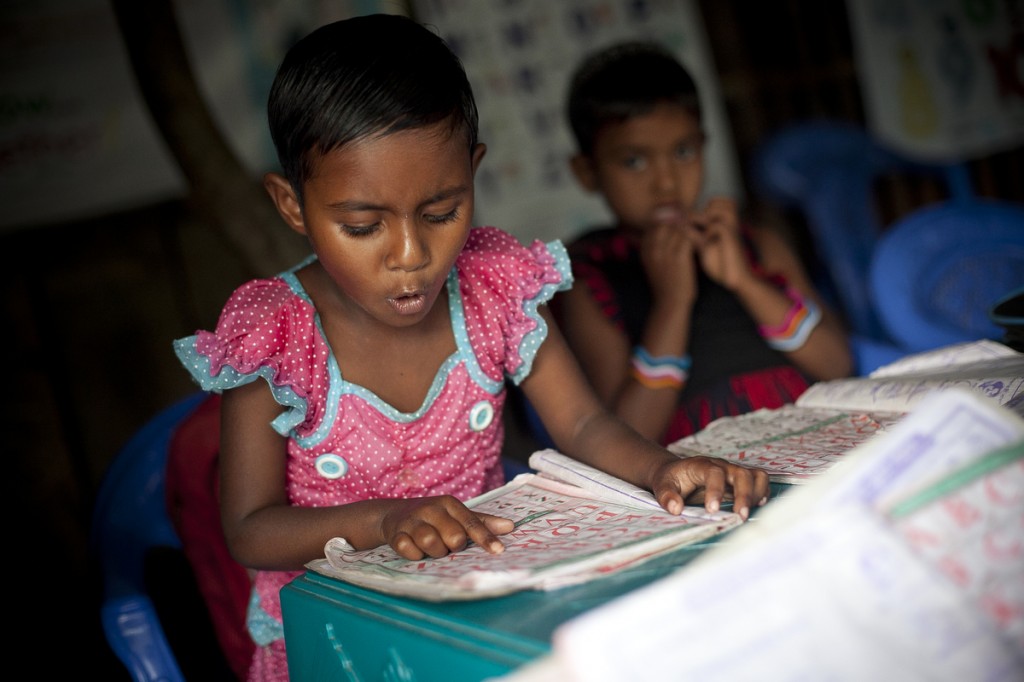 Image:  children learning in the preschool

The children are all now aware of the routine of the preschool and happily attend every day.   Friday is the weekend in Bangladesh and so on Friday it is closed.    There is no curriculum for preschools in Bangladesh, because the concept isn’t really known here, but though our other preschools we have learnt and put together a basic curriculum that works.  Challenging enough that the children are learning and with lots of fun because they are still very young. 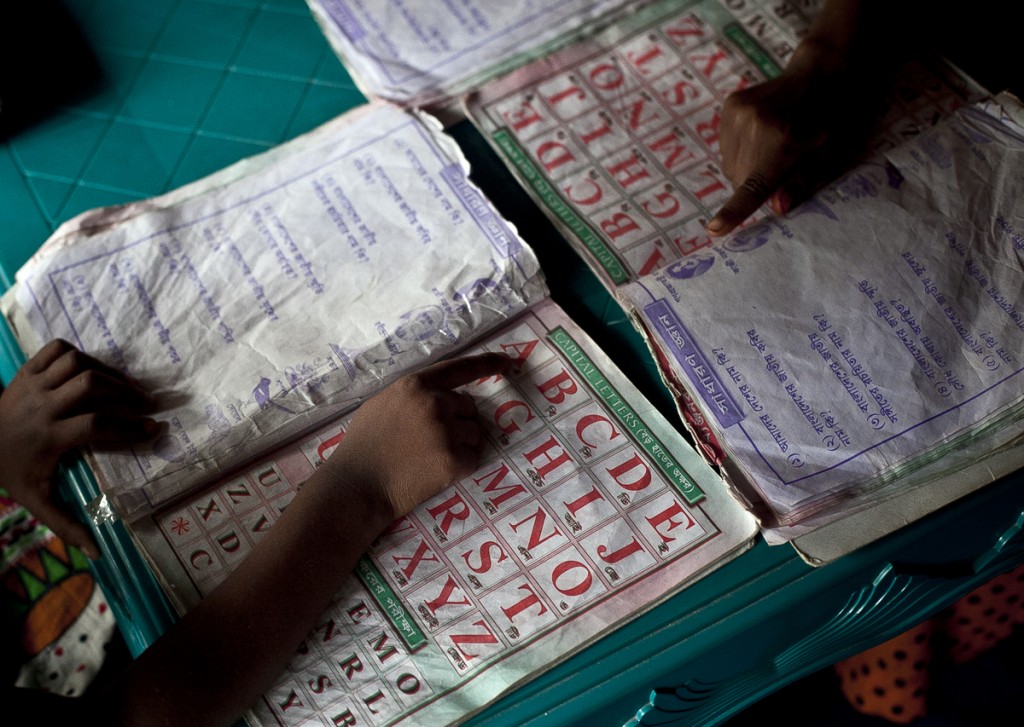 The children learn both English and Bangla letters.   There is a long history of speaking English in Bangladesh, back before independence and whilst Bangladesh fought for its independence on the basis of the language movement and having Bangla as the primary language, rather than Urdu, it is generally accepted that English is very useful if you want to get a job in the city or go to University and these days with the IT industry growing rapidly, it is recognised as very useful for computer programmers.  It was great for me, when I first came to Bangladesh, because so many people I met spoke some English and so it helped me a lot in communicating and in learning Bangla. 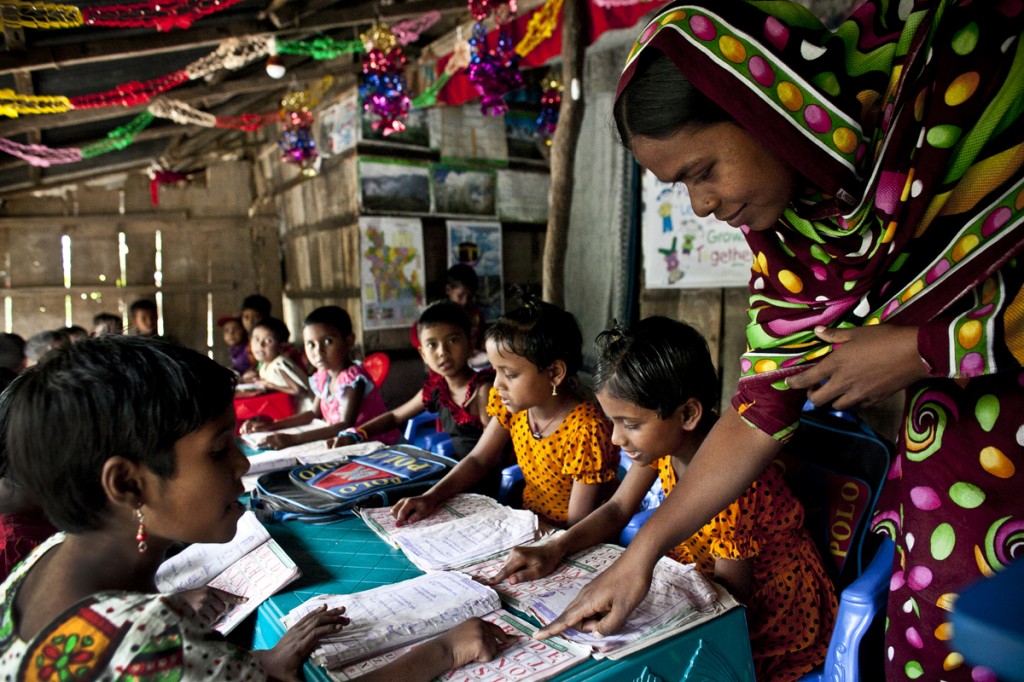 Image:   preschool in the Sundarbans

It’s really a joy to see this little preschool thriving and the children enjoying the opportunity it offers and  of course, knowing that they are safe while their mummies work. 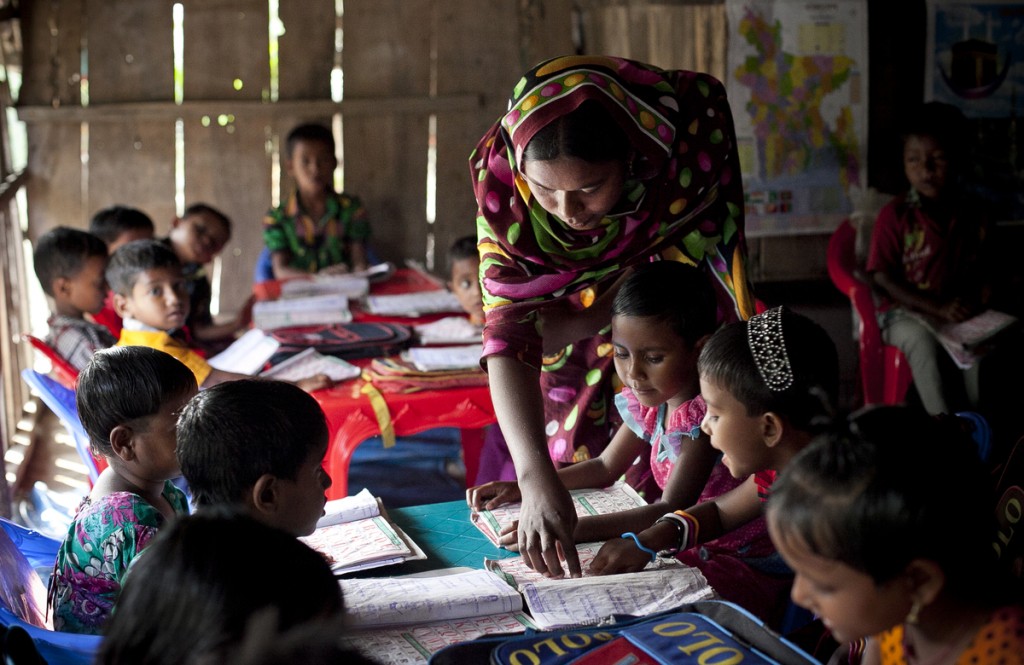 I hope you enjoy this update on this lovely new little preschool.   Thanks go to Best Years Ltd, the Pebble distributors for the UK, France, Scandinavia and Ireland for supporting this.