It was great to have Devasmita Sridhar, Fair Trade Consultant from India, with us in Dhaka today.   We invited Devasmita here to speak on the panel of the launch of the Women’s Empowerment Principles by the UNGC and the launch of the Women in Need handbook by Square Group.    Devasmita spoke about women’s empowerment in India in the context of Fair Trade.   She shared with us how Fair Trade has contributed to women’s empowerment in India and this experience makes us ever more determined to expand the reach of Fair Trade in Bangladesh. 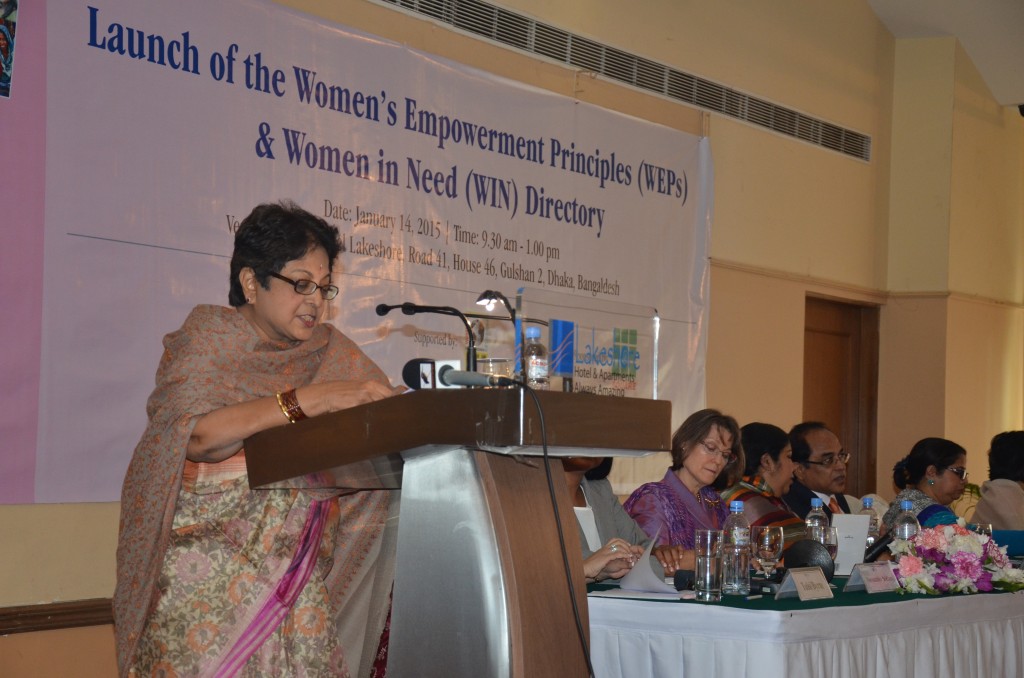 Image: Devasmita Sridhar, Fair Trade consultant, speaking at the launch of the Women’s Empowerment Principles from the UNGC in Dhaka

It was a huge honour to have the Speaker of the Bangladesh Parliament as the Chief Guest at the event.    Dr Shirin Sharmin Choudhury is the first woman speaker of the Parliament and has a long and successful career working on women’s issues.   In fact it was great that she pointed out that maybe there should be an additional principle which would be that women should be free from violence.    Dr Shirin welcomed the CSR centre and the UNGC to work closely with the relevant departments in the Government of Bangladesh to disseminate the principles and ensure they are brought into all aspects of life for women in Bangladesh.   She also very much welcomed that the principles had been translated into Bangla and would also be distributed in Bangla. 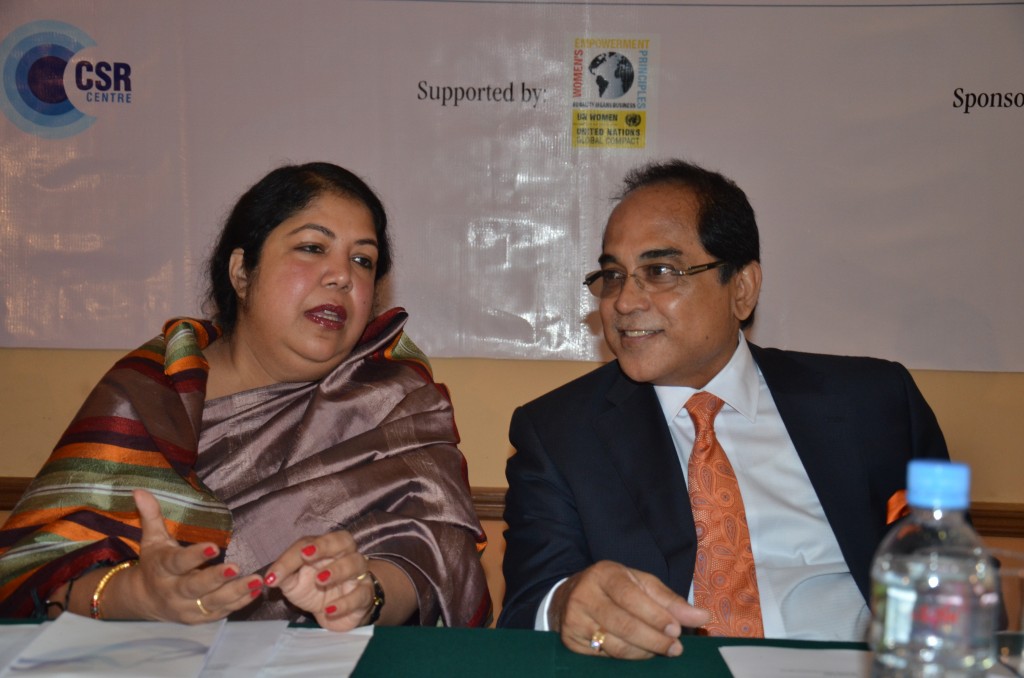 The event was sponsored by Square Toileteries Ltd and it was great to see their video showing all the good work they are doing to support and promote women’s empowerment in Bangladesh.    Particularly the manufacture and distribution of sanitary napkins for women in remote rural areas enabling girls to stay in school for longer. 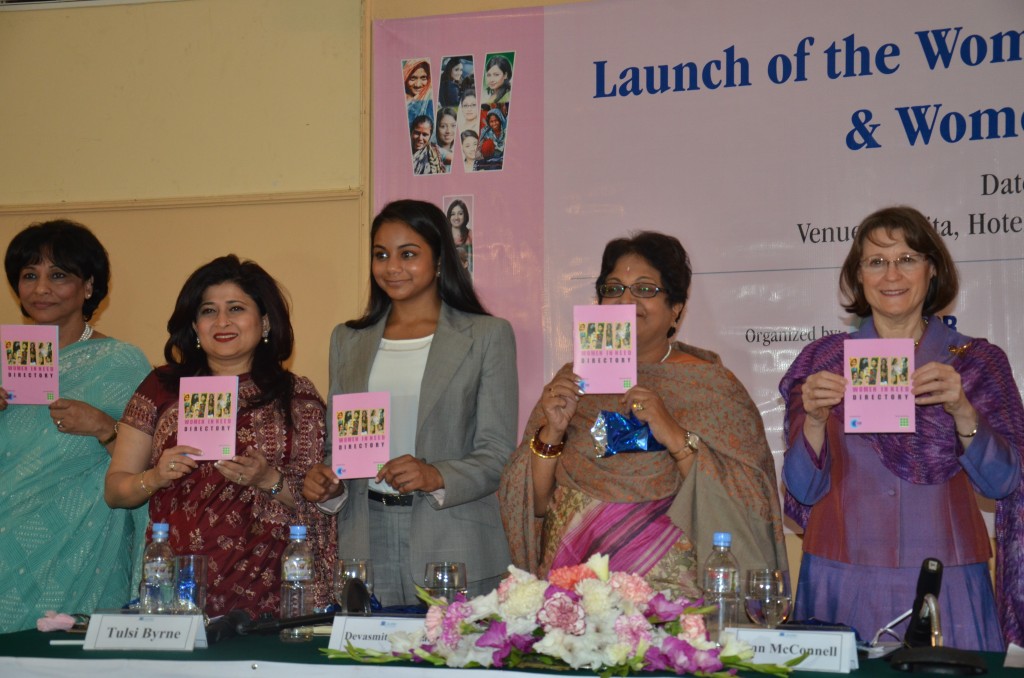 Image:  The speakers launching the Women in Need directory

The event was also the launch of the Women in Need booklet which has again been sponsored by Square and compiled by the CSR Centre.    This is the first time that all this useful information has been compiled in a single booklet and Square have printed 100,000 copies for distribution of the first edition.    Of course, much of the information is available publicly online but it is held in so many different places so as to make it inaccessible by most and of course, there are still many millions of women in rural Bangladesh who are not connected to the internet at all.   And so from an idea by Tootli Rahman to put together all the information in a single printed booklet, we now have this Women in Need directory which will provide invaluable information to so many women. 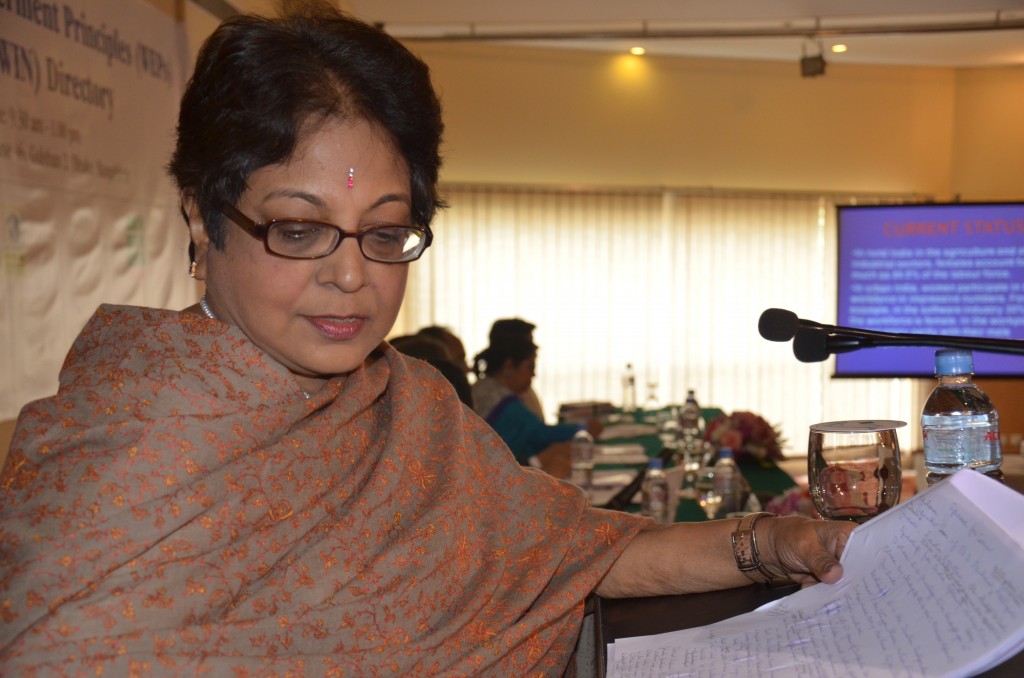 The event was particularly interesting to me – a woman, having grown up in the UK.   I went to an all girls school and we were never given any hint that there was anything that we wouldn’t be able to do.   Many of my friends went into sciences and medicine and it was accepted from an early age that they would.   I went to study Physics at University and it was not considered an unusual thing for a woman to do.   As such, when I went to work in the City of London and worked in a very male dominated field, it wasn’t a problem for me – we were all just people doing our jobs and I never saw a ‘glass ceiling’.   Through my education I had been brought up to believe that I could achieve anything.

Culturally in Bangladesh there are so many barriers for women.   We think about these a lot for very poor women because this is the field that we work in at Pebble, but an area where there is less attention are the middle class girls who are sent to school for an education but are never given the chance to dream about ambition because school, university, education is just about ‘passing time’ until they get married.    It would be so great to see a change in this attitude.   There is huge potential in the young, middle class, educated women in Bangladesh and it is so important that they dream about what they can achieve and then go out and do it.

It was a joy to be a part of this event today and we were so delighted to be able to sponsor Devasmita’s participation and to see so many interesting and thought provoking speakers at the event.