We are delighted to see that Mahmud from the Winrock Intenrational office in Bangladesh has been published in the Canadian Institute of Marketing Journal, talking about the partnership between Pebble and Winrock.   You can read his full essay here.

Twelve years ago when I started Hathay Bunano, the non profit that makes the Pebble toys, there was such a different outlook from the development sector.   Private sector companies trying to solve development and social problems were viewed with extreme suspicion.  The idea that you could be both sustainable and make changes to benefit peoples lives was considered unrealistic.   It’s seemed like a long twelve years at many times but now that we look back it is just a snip in history and in fact so much has changed. 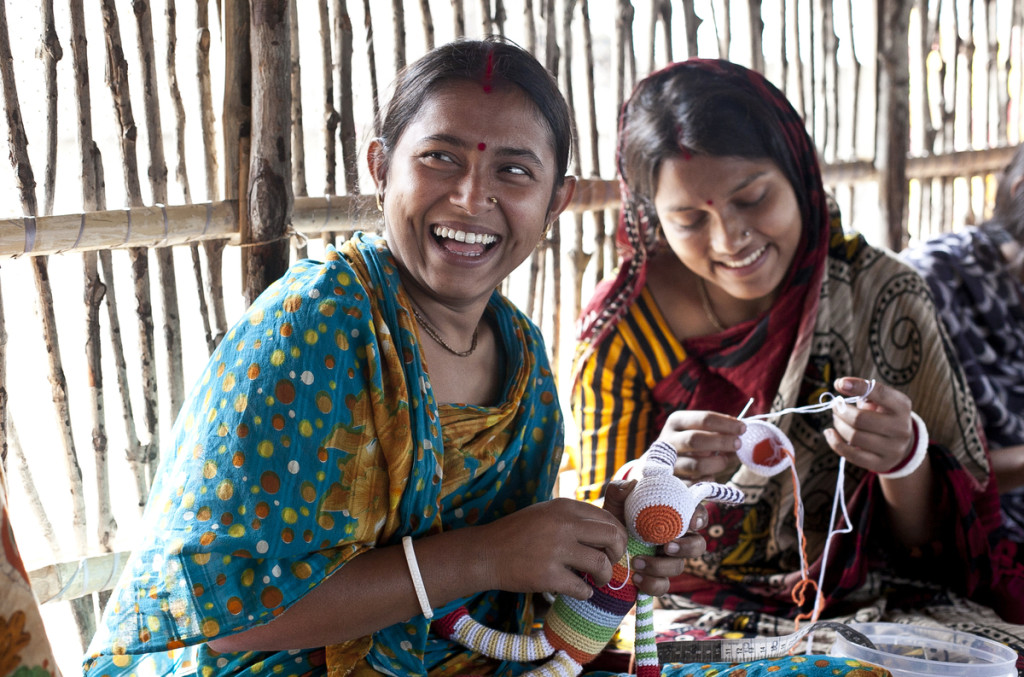 In 2004 when we started Hathay Bunano, everyone was focussing on the Millenium Development Goals (MDGs), and whilst we felt that the private sector could play a strong role in achieving these, this was a minority opinion in the field.    When the replacement to the MDGs, the SDGs were discussed around the world a couple of years ago, there was active engagement with the private sector to see how the private sector could contribute to the changes in the world that we all want to see and need to happen.

To all my fellow social entrepreneurs that have been working in this field for a decade or more, who believed through thick and thin that change was possible, that making money and social impact could not only happen but were mutually beneficial within business and development, all that work creating enterprises to demonstrate our theories has borne fruit.    Not only is private sector now an increasingly integral part of development, but we have ways to measure and compare social impact creation, we have private sector capital wanting to invest in social enterprises, and best of all, its now hip to be a social entrepreneur.   Its a movement the young have embraced and will take forward with so much more imagination and energy and enthusiasm.

As Mahmud so beautifully writes in his essay ‘this is partnership, this is  business and this is inspiration’