We first developed the ‘Once upon a time…’ series of toys in the very early days of Pebble.    The idea was to have a range of toys which encouraged storytelling and creative and imaginative play in young children.   We started with a princess, humpty, dragons and unicorns – a fun and eclectic selection which has all the foundations of great stories.   Over the seasons we have continued to add to the series and the latest additions are the Medieval Princess and Knight.

As well as keeping the range of characters really diverse so that little imaginations are not stifled in any way we were also aware of feedback from customers who were requesting more diversity in ethnicity.    In June this year Misty Copeland became the first black principal ballerina at the American Ballet Theatre.   A position hugely deserved and to mark the occasion we added a black ballerina to our ‘Once upon a time…’ range. 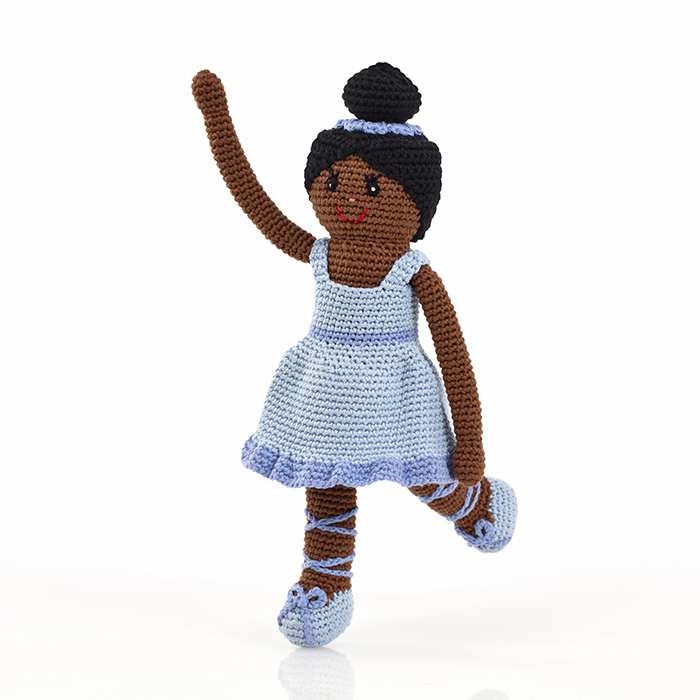 We hope you like these new additions to the ‘Once upon a time…’ range and that your little ones will continue to role play fun and imaginative stories.