Sirajganj is a very beautiful part of Bangladesh.   It’s in an area known as the chars of Jamuna River.    A char is basically an island in the river.   The Jamuna river is huge and particularly during the monsoon it runs very fast and as such erosion of land is a huge problem.   These char islands are often the victims of rapid erosion and sometimes disappear entirely.   The inhabitants then needing to finding a different char to live on.   It is generally accepted that char dwellers will move, due to erosion and the loss of their land about 5 times in their lifetime.    Its a tough life. 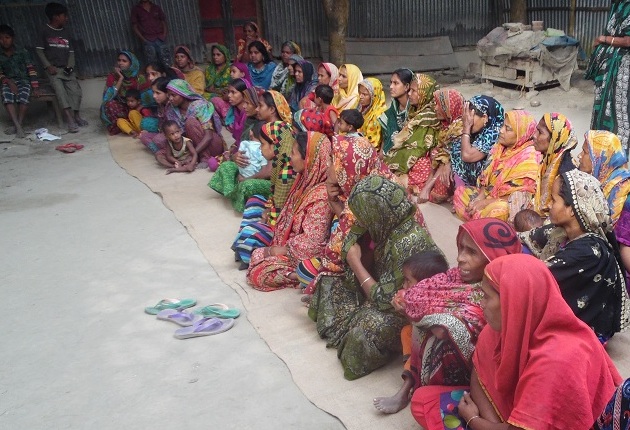 Image:   women from Kazipur Char signed up for training and eagerly awaiting to start

The women of the char islands are very capable and hardworking and sincere.   We already have a number of centres in the char areas, both on the mainland and on char islands and they make some fabulous products. 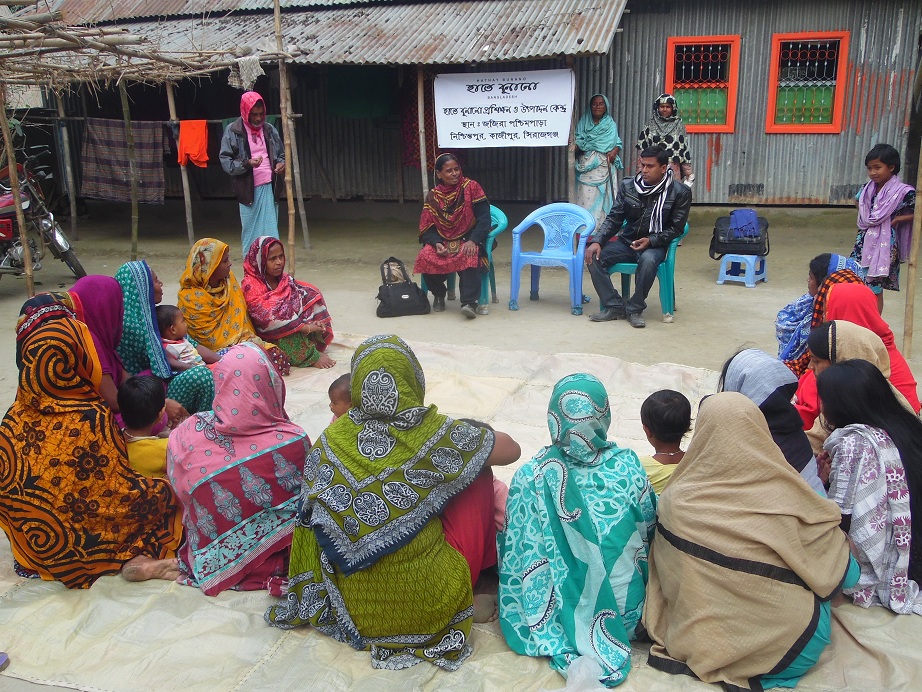 Image:   A second centre on Kazipur char learning about what to expect in their upcoming training

On 21st December we inaugurated 2 new training centres in that area and are planning to train an additional 400 women over the coming 6 months in 4 new centres in Sirajganj.   The first of these centres are on Kazipur Char and their training has now started.   4 weeks from now the first batches of trainees will start production work and we hope very soon thereafter that we see their lives start to change for the better for the long term. 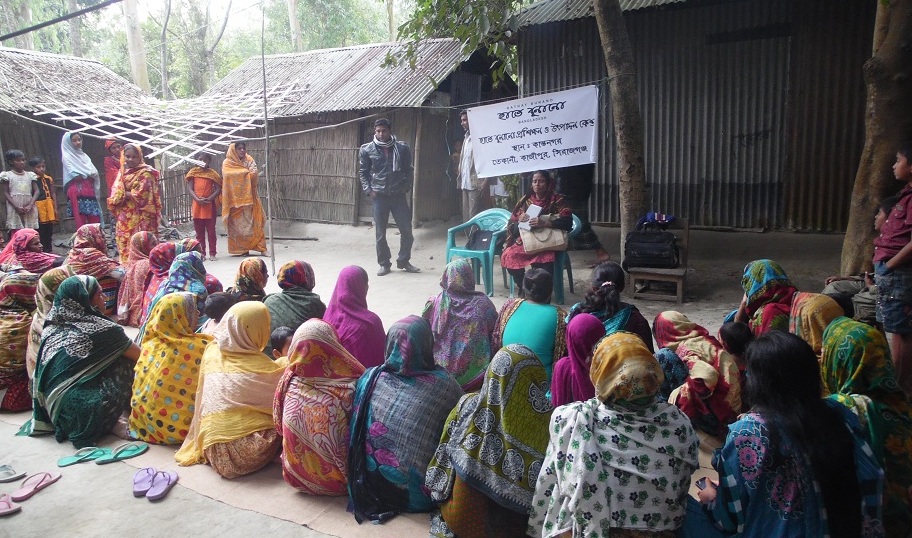 Image;   There’s never any shortage of eager trainees when we open new centres on the char islands