We’re delighted to see Hathay Bunano featured on the Pioneer’s Post.    Ellie Ward, visited Bangladesh as part of the British Council’s work on Social Enterprise and for the British Council Policy Dialogue that was held in Dhaka just recently.   While in Bangladesh she visited one of the Hathay Bunano production centres in Narshingdi and then wrote all about our work as an example of social enterprise. 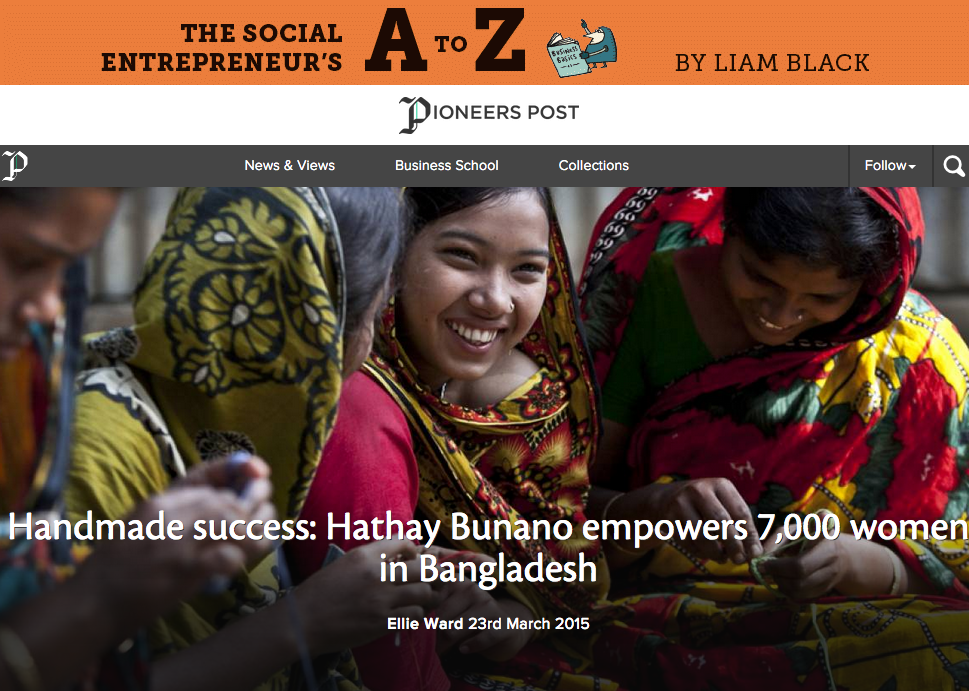 Pioneers Post is built on over a decade of commitment to news, information and inspiration delivered first through Social Enterprise magazine, the world’s first magazine dedicated to social business, and then online through SocialEnterpriseLive.com.

Social Enterprise was co-founded in the UK at the beginning of the new millennium by Tim West, now founding editor of Pioneers Post, in partnership with colleagues from the trailblazing magazine New Start, a cutting edge publication about economic and social regeneration, and with CAN, a major force for social enterprise support and growth in the UK.

Over a decade, the website, weekly e-bulletin and Twitter feed have developed a loyal readership of tens of thousands of individuals and organisations committed to doing business that creates positive social and environmental change, reaching social entrepreneurs and innovators in 60 countries.

We’re delighted to be featured here.