This week is anti-poverty week.   It runs from 16 – 22 October.   For the World Fair Trade Organisation (WFTO) and its members it is an opportunity to promote the 10 principles of Fair Trade.   It is a time to explain and show how these can be used as a means to eradicate poverty.    The first of the new 17 Sustainable Development Goals (SDG) is NO POVERTY. 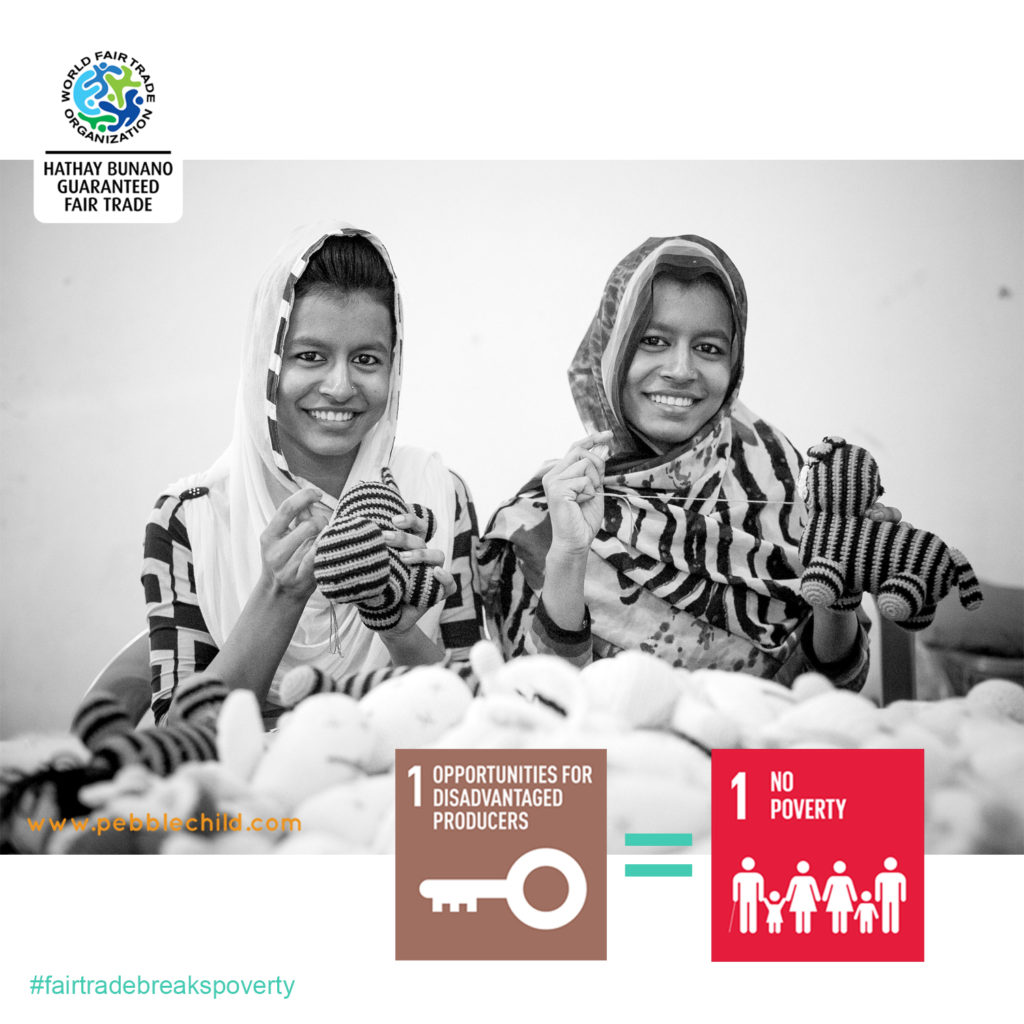 Image: the SDGs are closely aligned with the WFTO 10 principles of fair trade

My perspective on poverty eradication

It is really interesting and exciting to me that we are talking about the eradication of poverty.   Twelve years ago when I started Hathay Bunano (HBPS), the non profit organisation that makes the Pebble toys, with my husband, Morshed, people used to ask me what is HBPS and what do we want to do.   I would very boldly and bluntly say that we wanted to eradicate poverty.   This drew a mixed reaction.   People from the general public who were not involved in international development would be impressed but caution that this was a huge task.  At the same time they would encourage us and say that it was a commendable goal.

We must start with great goals

But I always believed it was and that we should aim for it.   Particularly in Bangladesh, on so many occasions I would explain how the fundamentals of the country were such that we should be able to see the eradication of poverty as a possibility in a fixed period of time.    And here we are, 12 years later, with the first SDG being NO POVERTY and we are all talking about eradicating poverty and even putting a timeline on it.   I don’t feel so silly any longer! 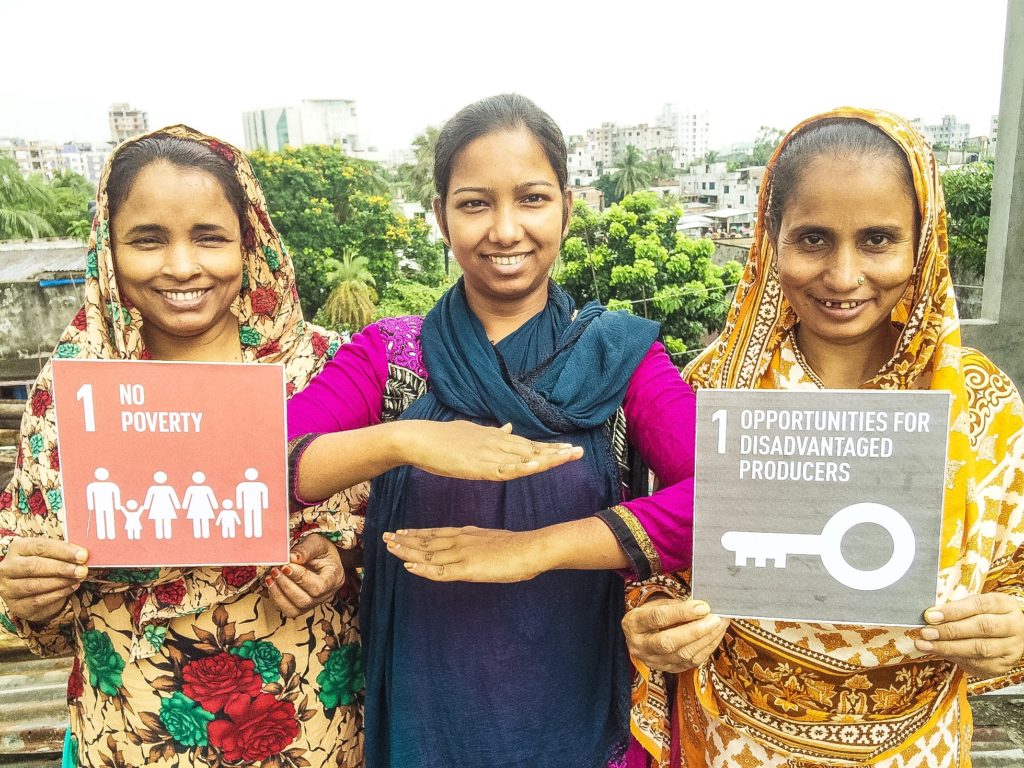 WFTO believes that the principles of Fair Trade are effective overarching tools to fight poverty.  At HBPS we strongly agree with this and this is why we are full and guaranteed members of the WFTO.   Fair Trade enables us to use the huge power of business and global trade to tackle poverty.   It creates a much more direct route from consumer to producer.   It offers a transparent supply chain.    If you want your consumer dollars / pounds / euros to create the most effect in poverty eradication then buying Fair Trade products is the most effective route.

Of course, still not all products that you need to buy are available in a fair trade option and that is something that all of us in the fair trade community are working hard to rectify.   But thousands and thousands of products are available and many of them now are available not just in specialist outlets but in mainstream stores.

At HBPS we strongly believe that all trade should be fair trade and we absolutely believe that we can eradicate poverty in this generation.   We hope that you will all work with us towards this by buying fair trade products where you can and by talking about fair trade with your friends and relatives and by sharing the fair trade message. 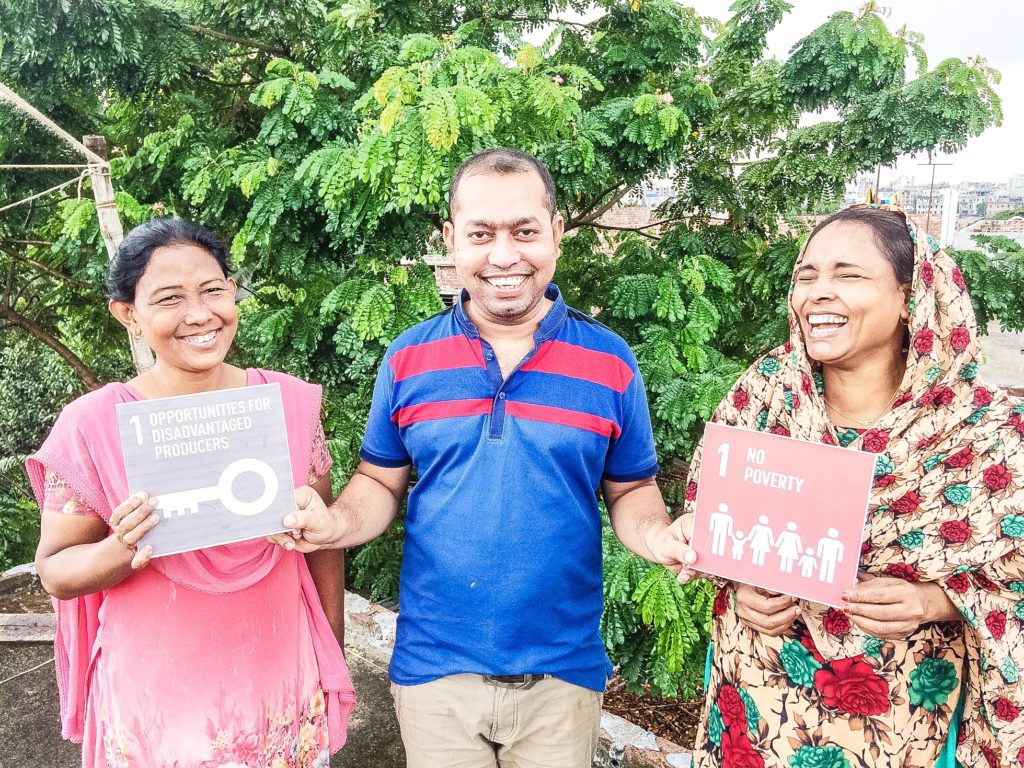 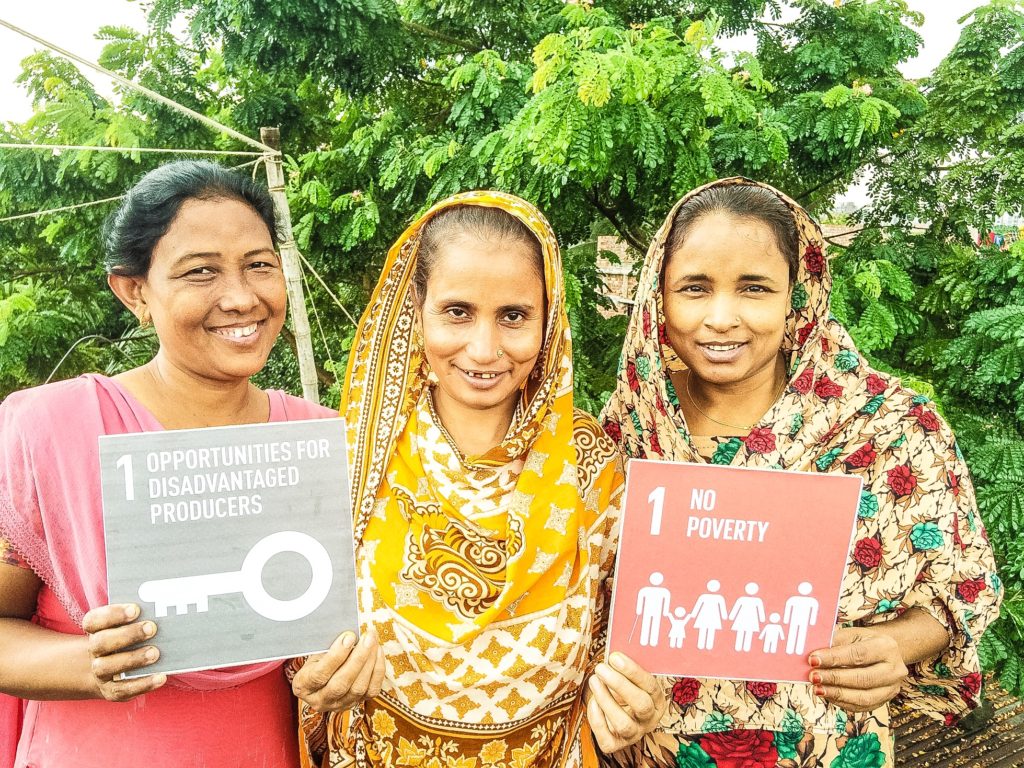